JOINT PRESS STATEMENTBy the Ambassadors of Australia, Belgium, Canada, Colombia, France, Germany, Hungary, Italy, New Zealand, Spain, the United Kingdom and the United States, and the Head of the Delegation of the European Union to Japan

We, the Ambassadors to Japan of Australia, Belgium, Canada, Colombia, Germany, Italy, New Zealand, and the United States, and the Chargé d’affaires a.i. of the Delegation of the European Union to Japan, the Deputy Heads of Mission of Spain, and the United Kingdom, and the Political Counselor of France, called on Japan’s Minister of Justice today to express our concerns over the increase of international parental abduction cases involving Japan that affect our nationals as well as Japanese citizens, and to urge Japan to ratify the 1980 Hague Convention on the Civil Aspects of International Child Abduction (“the Convention”).

The Convention seeks to protect children from the harmful effects of their wrongful removal or retention across international borders, which can be a tragedy for all concerned. The Convention further establishes procedures to ensure the prompt return of children to the State of their habitual residence when wrongfully removed or retained, and secures protection for rights of access of both parents to their children. Under the Convention, a State is not bound to order the return of a child if it is established that there is a grave risk that his or her return would expose the child to physical or psychological harm or otherwise place the child in an intolerable situation. To date, 82 countries have acceded to the Convention, including the twelve countries which jointly carried out today’s demarche.

Japan is the only G-7 nation that has not signed the Convention. Currently the left-behind parents of children abducted to or from Japan have little hope of having their children returned and encounter great difficulties in obtaining access to their children and exercising their parental rights and responsibilities.

In our meeting with Japan’s Minister of Justice H.E. Mr. Minoru Yanagida, we reiterated that we place the highest priority on the welfare of children who have been the victims of international parental child abduction, and stressed that children should grow up with access to both parents. We signaled our encouragement at positive initiatives by the Government of Japan, such as participation in symposiums in Tokyo and collaboration between the Ministry of Justice and the Ministry of Foreign Affairs, while at the same time repeating calls for Japan to ratify the Convention, which would also benefit left-behind parents who are Japanese nationals. We also urged Japan to identify and implement interim measures to enable parents who are separated from their children to maintain contact with them and ensure visitation rights, and to establish a framework for resolution of current child abduction cases.

Japan is an important friend and partner for each of our countries, and we share many values. We believe this can and should serve as the basis for developing solutions now to all cases of parental child abduction in Japan. As we did when we met with Justice Minister Chiba in October 2009 and with Foreign Minister Okada in January 2010, we have extended an offer to Minister Yanagida to continue to work closely and in a positive manner with the Japanese government on this critical issue.
Service d’Information et de Communication (22 octobre)

(Information in English and Japanese below – 日本語は以下を参照) 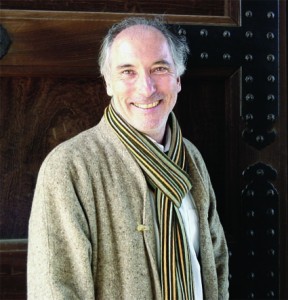 Following the Solidarity Concert held by the French pianist Richard DELRIEU March 17 at the French Ambassador Residence in Tokyo, which was a real success, two new Solidarity Concerts in order to provide financial support to the parents of Franco-Japanese children, separated or divorced and deprived of their children, will soon be held in Kyoto and Osaka by Richard DELRIEU. These two recitals of French music are organised under the distinguished patronage of the Consul Général de France in Kyoto, Monsieur Philippe JANVIER KAMIYAMA, and with the support of the Kansai Franco-Japanese Institute, the Association des Français du Japon (AFJ-Kansai), ADFE and UFE.

The recent news show that many French intervening officials and diplomats were deeply mobilized with the problem of the Franco-Japanese children deprived of access to their French parents. Several French parents, whose children have been abducted by their former Japanese spouse, have today serious financial problems due to the cost of current legal proceedings in order to get their parental rights as well as those of their binational children observed. These concerts will be given in aid of French left-behind parents in difficulty.

We are looking forward to receiving your support for this cause.

Thank you for disseminating this message. 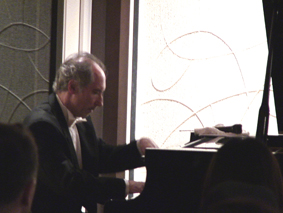 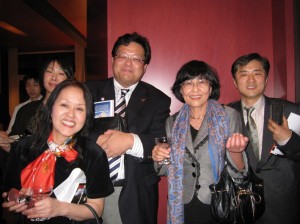 WASHINGTON, D.C. – The case of an American father who has been arrested in Japan for attempting to regain access to his children, taken to Japan by his ex-wife in violation of a U.S. court order, is helping to raise awareness of the increasing problem of international parental child abduction and the heartbreak and frustration suffered by the parents left behind.

Christopher Savoie of Tennessee was arrested earlier this week in Japan after he attempted to reclaim his two children who were taken to Japan by his ex-wife a month ago in direct violation of a U.S. court order. Savoie was taken into custody and is facing criminal charges.

Historically, parents left behind when their children are abducted to Japan have little hope and little recourse for justice because the Japanese government ignores U.S. family court rulings and will not honor the rights of American parents.  Even in “extreme cases” such as when the abducting parent passes away, the Japanese government has not returned the child to the left behind parent. In fact, there is no known case of Japan ever returning an abducted  Japanese-American child to the left behind parent.

“There is an opportunity here to turn a new page,” Smith said. “There is a glimmer of hope, and some encouraging signs that the new administration under the leadership of Prime Minister Yukio Hatoyama will approach the issue of international parental child abduction in a way that recognizes the right of the adult parent.  The case of Chris Savoie sheds light on the more than 100 open cases  of American parents who have been blocked from their rightful access to their children in Japan.

“I urge the Prime Minister to see this incident as a catalyst,” Smith said. He should form a task force and deal expeditiously, compassionately and judiciously to bring reconciliation and reunification to children abducted to Japan and their parents left behind.”

Smith has been working to push the U.S. Congress and the Obama Administration to better address international child abductions in Japan and elsewhere around the world. In July, he introduced the “International Child Abduction Prevention Act of 2009”, H.R. 3240, at a press conference alongside left behind parents from across the country whose children have been abducted to Japan and Brazil (bill summary). One case has garnered significant attention: David Goldman the father of abducted American-born Sean Goldman, now 9, has been fighting to bring Sean home from Brazil for more than five years. There are currently over 2,800 American children being held in foreign countries against the wishes of a left behind parent.

“My legislation, HR 3240 empowers the United States to more aggressively pursue the resolution of abduction cases,” Smith said.  “Our current system is not providing justice for left behind parents or for children whisked away from their mom or dad. Congress must act so that more children are not further traumatized by parental abduction.”

Key provisions of the Smith legislation include:

“Child abduction is child abuse,” Smith said. “The kidnapped child is at risk for serious emotional and psychological problems. As adults, they may struggle with identity issues, their own personal relationships and parenting.

“We can and must do better to help children abducted by a parent and to assist the parents left behind.”